How to Market a Product: Content Marketing and Story Telling

Content marketing is making huge strides in the sales process. Why? It is effective.

Content keeps people engaged without sales calls and content is scientifically better at impacting people. You may already know that videos have a higher retention rate than text, but did you know that stories trigger the brain more than just facts and figures. It is recommended to incorporate story telling into marketing in order to relate to your audience, appeal to emotions and engage their brain more.

The idea behind story telling is to show not tell. When using facts and figures to portray an idea or product you will only engage two parts of your reader’s brain, the Wernicke’s Area (language comprehension) and the Broca’s Area (language processing). Using stories you can trigger multiple areas of the brain by describing the surroundings, Motor Cortex (movement), Sensory Cortex & Cerebellum (touch), Olfactory Cortex (scents), Auditory Cortex (sounds) and Visual Cortex (colors and shapes). By triggering more areas of the brain you are making it more likely that your audience will remember your content.

It is easy to learn how to market a product through storytelling.

There are 5 key steps to telling a successful story:

In order to successfully engage with the audience you also need a hero they can connect with 5 things the hero must do in order to engage your audience: 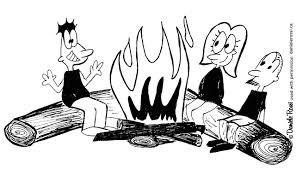 In order to practice what we preach we wrote a story about ‘John’ who is struggling to maintain sales. This is just one example of how to market a product with storytelling. Continue reading in order to learn what actions John takes to alleviate his sales woes.

John sits at his desk, a nearby copy machine whirrs, and the clock chimes 8 times. It’s the start of a new work day. The same daunting task looms before him as it had for days and weeks and months.

John needs a way to sell, market and close deals efficiently and cost effectively. As he braces for the chaos that is about to begin, he glances over at the stainless steel framed photograph of his family. It has been weeks since he has made it home for dinner. He is lucky if he makes it home to tuck them in.

As owner of the company John has many functions. His days are filled with company operations, client management, proposal creation and employee management. Lately his time has been devoted to hiring and training sales reps. Due to the nature of the industry, the sales process is long, which makes the training process longer.

Last month John had to replace their last sales rep because goals were not being met. John has since picked up the sales calling while training the new sales rep. Before John picks up the phone for his first round of calls he runs his fingers through his graying hair and wishes there was an easier way to sell.

This led John down a rabbit hole of internet searches for a sales and marketing solution. What stood out as the best option for John was outsourcing.

John is sitting in a conference room filled with people determined to cure his sales and marketing pains. They previously mined John’s company for existing content and learned the sales process. These people were now going to change the selling process and with John’s help, create fresh content.

Outsourcing and how to market a product is new to John and he is nervous it won’t work. In this monochromatic room, tan walls and brown furniture, he tries to turn his fears and doubts into confidence. If this is successful the ROI will be substantial, not to mention the time and money that will be saved by not having to hire new sales reps every six months.

The outsourcing team created content to address frequently asked questions. As John supplied information for content he quickly realized that each piece had a specific purpose within the sales process. Content was not being created solely for marketing; it was being created with sales strategy in mind.

After two days with the sales and marketing outsourcing team John was feeling confident. Two weeks following content creation, cold callers hit the phones and pushed the first wave of content. Using cold callers lowered the cost of calling for John and increased the volume of calls made.

Through cold calling and trackable content each prospect was scored. The scoring made it possible for John’s heavy hitting sales person to focus on prospects that showed interest. John was still the closer and was brought in early to guide buyers through the sales process. Although John’s initial headaches were gone he had a new one.

Cold calling, content nurturing and focusing on interested leads meant John was working to close more deals than ever before. Most of his calls involved explaining their solution and he was feeling like a broken record. John was getting involved too soon. John wondered, “Is there a way to get people the right information without getting tied up on the phone?”

He called his sales and marketing outsourcing team and explained his challenge. They proposed to automate the sales process with content. Together they created headshot, demo and whiteboard videos in order to clone John and get the information in an easily shareable form.

Now, sales reps could send prospects pertinent information through a marketing automation platform. The data was tracked and if the content was viewed the prospect could move to the next step in the sales process.

John’s time was further leveraged by bridging the information gap with content. He was spending less time involved in the sales process and the company was working more deals than ever. John was working less hours and spending more time with his family.

Today John sits at his desk, sipping coffee while he views marketing automation reports. His reports show that two clients viewed videos on how to calculate ROI. Today is the day to get them to buy. Before picking up the phone, John smiles to himself and thinks, “Two sales a day and only two calls. Not too bad.”

To learn more about how to market a product with content, check out these blogs:

How to Guide B2B Prospects through the Sales Cycle with Content